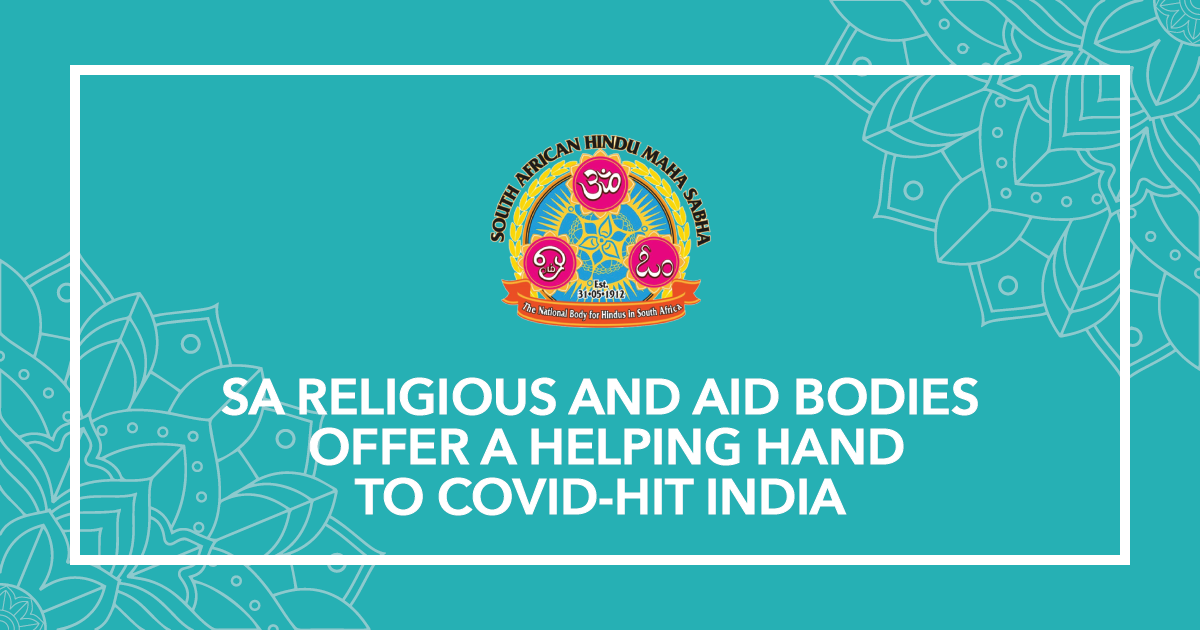 The SA Hindu Maha Sabha, a governing body for Hindus, has stepped up to help India — which is in the grip of a devastating Covid-19 second wave — with the donation of oxygen concentrators.

Reuters reported on Sunday that Indian hospitals, morgues and crematoriums have been overwhelmed as the country has reported more than 300,000 daily cases for more than 10 straight days. Many families have been left on their own to scramble for medicines and oxygen.

Ashwin Trikamjee, head of the SA Hindu Maha Sabha, told SowetanLIVE’s sister publication TimesLIVE on Monday that the body had already purchased 20 oxygen concentrators at a cost of R300,000 from donations received and was busy trying to procure more.

“It has not left SA yet because we want to make up a consignment of 100 before sending them to India,” he said.

“We have received an overwhelming response from South Africans who want to help.” 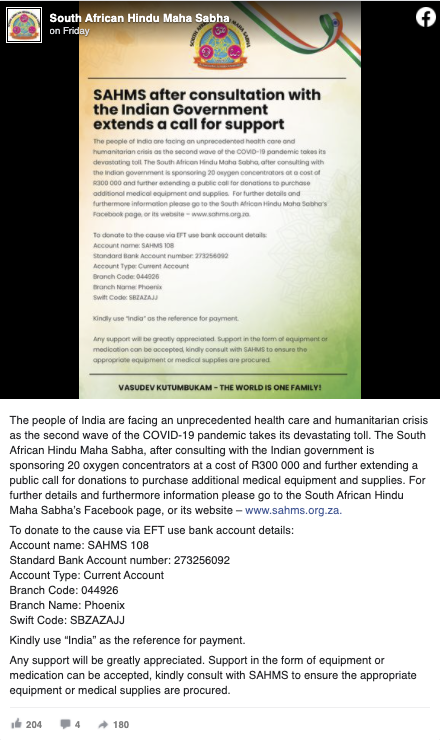 Trikamjee said the response to the crisis unfolding in India came after consultation with the Indian government.

Humanitarian aid organisation Gift of the Givers has also extended a helping hand to the subcontinent through its intervention campaign.

The organisation is raising funds for the purchase of SA-made continuous positive airway pressure (CPAP) machines.

It said in a Facebook post: “In terms of oxygen machines, #GiftOfTheGivers suggested the CPAP machines that were designed and developed in SA by the Council for Scientific and Industrial Research, which we rolled out in [our] second wave and which had a huge impact on saving lives in the different hospitals.

“The advantage of this machine is that it uses much less oxygen. In the crisis in India right now, you need machines that can deliver oxygen supply, can have a big operation turnover quickly for patients, and can have quick saturation to prevent lung damage and death. The CPAP machines will be ideal for this situation.”