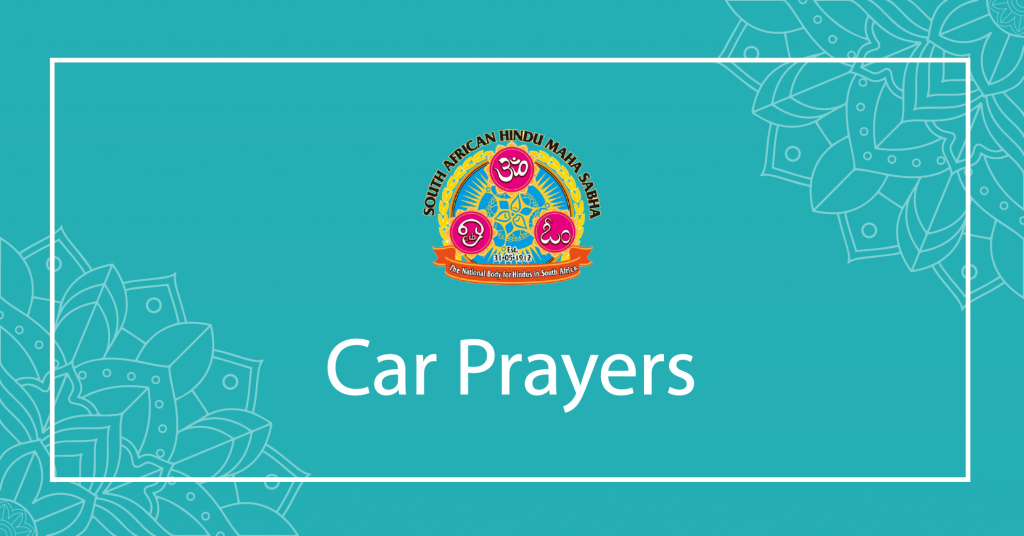 Vaahan Puja is a prayer that Hindus (Tamil, Telugu, Hindi & Gujerati speaking) engage in upon acquiring a vehicle.  The prayer seeking the blessings of the Lord is meant to attract positive energy and to reduce the chances of accidents and other negative events.  An important principle in Hinduism is that everything that we “possess” is a Divine blessing and belongs to God. This prayer is therefore an expression of thanks to Bhagwan (God) upon the acquisition of a vehicle and is also intended to direct the purchaser to accept the vehicle as a blessing and to operate and use it in a responsible manner.

When is this puja undertaken?

The puja is usually undertaken after the purchase but before first use of the vehicle.  It is common for people to consult a Hindu priest to determine an appropriate day and time on which to conduct the puja, which may be undertaken at a temple or at one’s home.

How to observe/conduct the puja

The puja is done after the vehicle is washed and cleaned and after the purchaser/owner has bathed and put on clean clothes. In some traditions there is one or more of the following rituals: driving the vehicle over lime (one under each tyre), symbolising the crushing of negativity; breaking a coconut to reveal the purity represented by the white pulp; using sandalwood paste or turmeric to mark the vehicle (usually on the front of the car and the tyres) as a symbol of auspiciousness. It is common for people to have this puja conducted by a priest or at temple, although those who are competent often conduct the puja on their own at their homes. There are minor variations in the vidhi (procedure) for the Vaahan puja, depending on tradition/region/country/denomination; however, the essential features include reciting mantras for peace, prosperity and auspiciousness, praying for the removal of obstacles, prevention of accidents and protection against negative energies. Tamil speaking Hindus have the vehicle sprinkled with rosewater. The ‘OM’ symbol is drawn with the sacred ash on the back and front windows, on the engine and on the steering wheel.  A patta (3 horizontal stripes) are placed on the tyres, windows, and on the bonnet. The driver goes inside the temple and offers prayer to Lord Ganesha (the remover of obstacles). Worship follows with obeisance to the other Deities with some type of prasadham (milk, fruit, coconut, etc.). The car keys are also placed on the tray that contains the prasadham. The driver returns to where the car is parked (usually in front of the sanctum sanctorum). A lime is placed just behind each of the tyres. A piece of camphor is placed on a pumpkin. The camphor is lit and this pumpkin is turned three times around the car in a clockwise direction. The pumpkin is then smashed on the ground with such force that it is broken. The pumpkin and the limes are smeared with the sacred ash and kumgamum dots are placed on it. The driver then drives the car forward, smashing the limes.