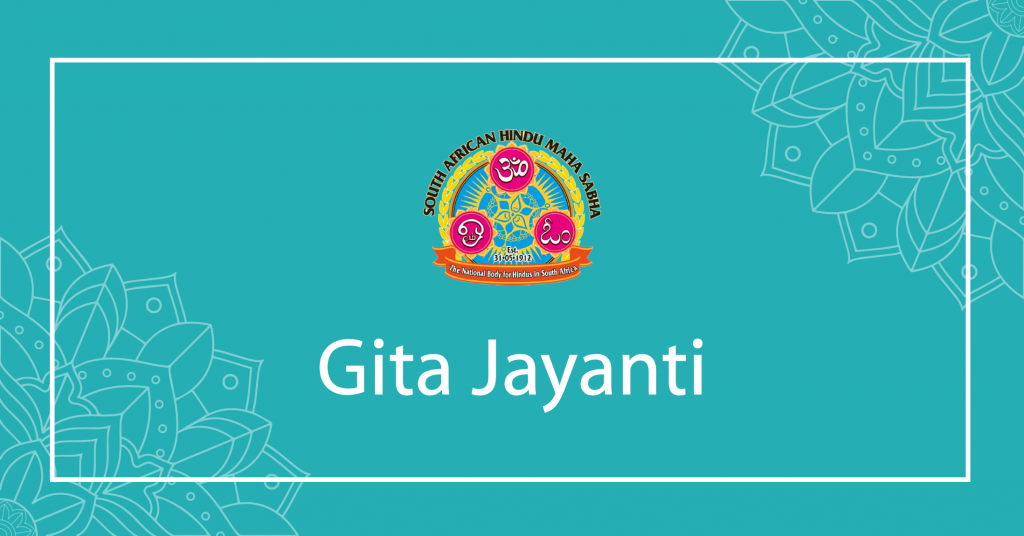 Gita Jayanti is the celebration of the anniversary of the sacred scripture the Bhagavad Gita. Jayanti means victory.

Annually, it occurs on the 11th day (EKADASI) of the bright half (SHUKLA PAKSHA) of the month of MAARGSHEESH (November/December).

The Bhagavad Gita is the essence of all Hindu scriptures. We should make a careful study of the Bhagavad Gita because the words of the Gita are those of Shri Vishnu himself. Just as Hari (God) is the Supreme, and Ganga is the foremost among places of pilgrimage, in the same way the Gita is the foremost among Hindu scriptures. Those who recite with devotion the four names – Gita, Ganga, Gayatri and Govind will attain liberation. The scriptures declare that even though people are engaged in the performance of worldly duties, a person who is regular in the study of the Gita becomes free. Such a person is the happy in this world and is not bound by Karma.

Devotees remember the blessed event by reciting Bhagavad Gita, performing hawan and discussing the subject matter of the Bhagavad Gita in the association of devotees. Distribution of Bhagavad Gita on this day is also a very auspicious activity to perform.