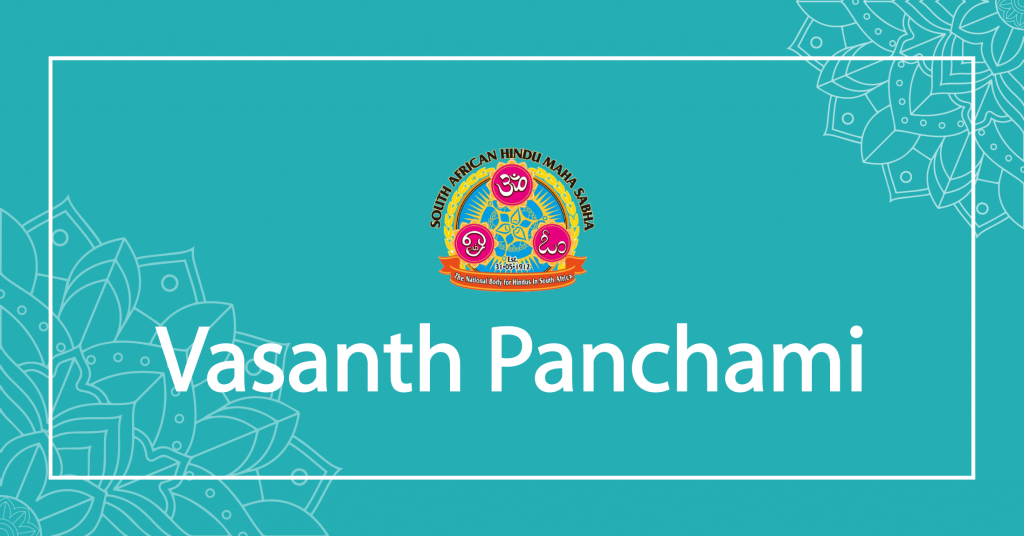 Vasanth refers to the spring season and Panchami means fifth. The followers of the Hindu Dharma celebrate the festival of Vasant Panchami as the fifth day of spring.

Vasanth Panchami is celebrated annually by followers of Hindu Dharma in the month of Maagha (February) in the Shukla Paksha (when the moon is growing larger each day) on the fifth thithi (date).

This day is celebrated in honour of Mother Saraswati, and Hindus mark the day by helping young children learn how to write the letter of the alphabet, among other things.

After taking a bath in the morning, one should have the following Pooja performed: Gauri-Ganesh Pooja, Kalash-Varun Pooja, Surya Pooja, Shiva-Parvati Pooja and Saraswathi Pooja. The preferred naivedya or Prasadh includes, amongst others: fresh butter, dahi, milk, laddo made with thil, sugar cane juice, mishri and white rice, mashed banana, coconut and coconut water. The colour white is very prominent in the worship of Saraswathi. Hence the flowers, chandan and clothing offered to the Mother should all be white.