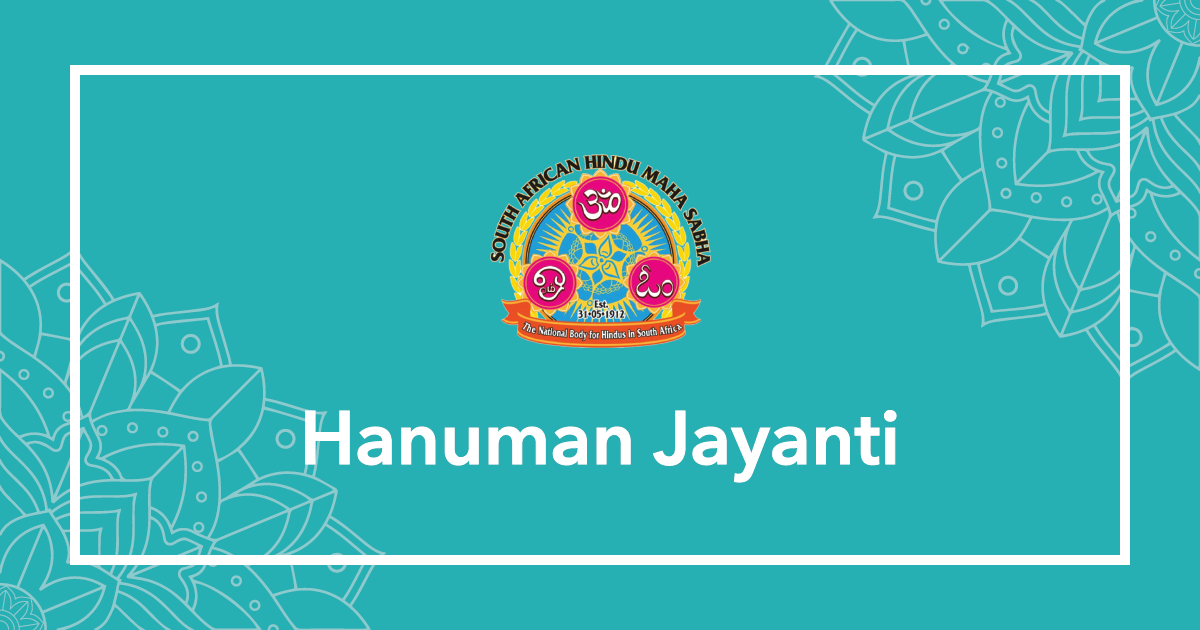 The word Jayanti is made up of Jaya which means victory and Anta which means end. Jayanti refers to one who triumps in the end. Hanuman Jayanti is the day on which Hanuman is celebrated since he is the one who stands victorious despite all the odds.

Hanuman Jayanthi is observed in the month of Chaitra on the Full Moon Day (Purnima).

Hanuman Jayanti is the day on which Hanuman is celebrated since he is the one who stands victorious despite all the odds. Hanuman is celebrated because he had at his side Satya which is Shri Rama. Hindus throughout the world start the month of Chaitra with Rama Naumee celebrations which culminate on the ninth day. On the 15th day of this month, Hindus venerate arguably the greatest devotee of God, Hanuman.

It is considered auspicious to undertake a fast on the Hanuman Jayanti day in the name of Lord Hanuman. Hanuman Jayanthi is marked by fasting, prayer and a sumptiuous vegetarian feast at sunset. A distinctive feature is the recitation of the of the Hanuman Chalisa. It is also appropriate that on this ocassion of Hanuman Jayanthi we should try to understand the significance and relevance to us of this great devotee of God by reciting and discussing scriptures such as the Ramcharitmanas.